The counterfeit N95 mask coverup is currently being investigated by multiple federal agencies who contacted The Current Report within hours of the breaking news story.

Agents are interviewing witnesses and gathering evidence to present their case(s) to submit to the United States Assistant District Attorneys, Nicola T. Hanna and Mack Jenkins.

The latest whistleblower, to come forward, a Bus Drivers Union representative, provided photos of the second counterfeit mask (part of a separate shipment), and informed The Current Report of multiple counterfeit models which did not have the required authenticity markings per the CDC website. 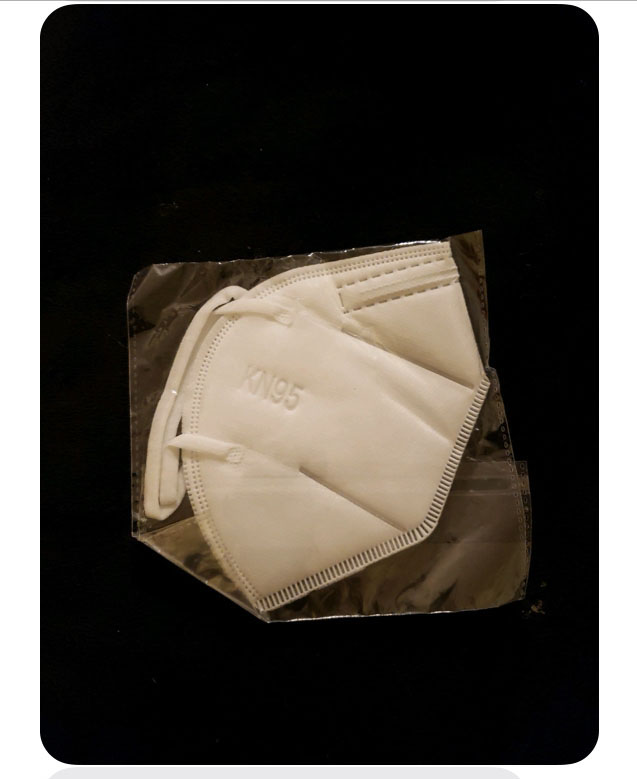 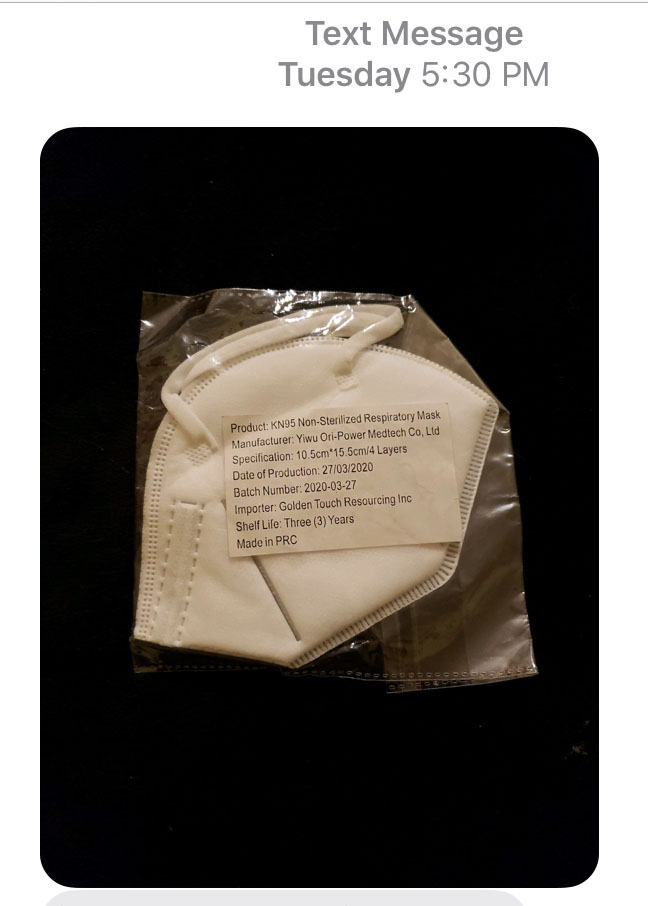 Additionally, the whistleblower also provided The Current Report with information that there was a shortage of PPE overall at the agency during the pandemic, leading to increased the risk of exposure and transmission of the COVID-19 virus. According to our source, LA METRO CEO, Phil Washington, was well aware of the shortages and was not only willing to put his employees and the public-at-large at risk, but lied about it when interviewed. 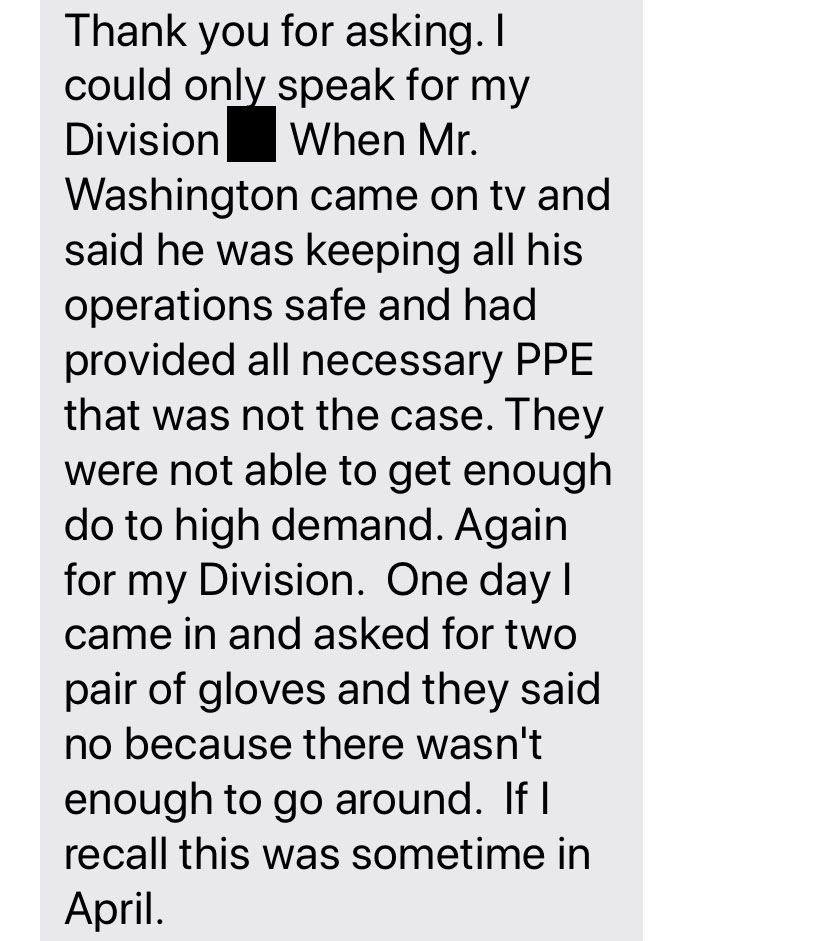 As mentioned in The Current Report’s previous article exposing the cover-up: At the time there was a shortage of PPE and counterfeit masks were being distributed and used by L.A. Metro employees, CEO Washington was put in charge of the COVID19 Response Task Force for all public transportation in the country by APTA Chairman Nuria I. Fernandez  who also serves as General Manager and CEO of the Santa Clara Valley Transportation Authority in San Jose, CA, and also by  APTA President and CEO, Paul P. Skoutelas.

Upon his appointment Washington said “In developing this industry-wide commitments program, we are working to build back public confidence in riding transit by increasing sanitation practices, requiring masks for all customers and operators and working around the clock to keep our frontline essential employees healthy.”

Unfortunately, Washington’s commitment program at LA Metro did not meet the level set forth by L.A. County Health directives, let alone achieve the superior program, as claimed, for frontline workers  acing a much higher risk of COVID19 exposure.

Supervisor Sheila Kuehl, who also sits on the L.A. Metro Board, was well aware of the counterfeit PPE and in spite of numerous criminal complaints and current investigations regarding CEO Washington and L.A. Metro, has gone on record to say Washington is “the best manager she has ever seen.”

Kuehl is also one of the Board members who unanimously voted to remove Sheriff Alex Villanueva as Head of Emergency Operations, replacing him with the County CEO Sachi Hamai, who’s experience is largely in Finance, not Public Safety. Hamai’s first move in her new position was political and financial. As head of the EOC, her very first actions, raising red flags, was to require L.A. County Sheriff’s Department deputies to use their vacation pay if quarantined due to exposure of the virus while on duty.

A few days later, under Hamai’s leadership, another red flag was raised regarding L.A. Metro’s disregard for public safety.  A driver at the Carson station was reported to have tested positive for the Coronavirus. The positive diagnosis sent city officials immediately into a tail spin.

On Thursday April 2nd, Carson City Council “urged” L.A. Metro to suspend all bus service in the County fearing a potential super spreader could occur among the 100,000 residents and beyond. Mayor Albert Robles outraged at the lack of action and accountability from L.A. Metro executives released this statement:

The first counterfeit mask was discovered by a Metro employee in April, at the beginning of the pandemic.

On May 8th, a month after the discovery, a signal operator became alarmed that counterfeit masks were still in distribution and being worn by Metro employees who were unaware the masks they were wearing were counterfeit and were continuing to be with a false sense of security.

The signal operator contacted the Director of Safety Certifications at LA Metro, Collins Kalu, regarding the issue of the counterfeit masks still in distribution. Kalu responded by dismissing the issue in an email response, stating the masks in question were “under investigation” and to use other certified PPE’s  listed.

The signal operator’s efforts to warn the agency executive fell on deaf ears and according to our sources, not only did L.A. Metro fail to immediately notify employees the masks were counterfeit, the agency did not remove the masks in question from inventory.

To date more than 97 L.A. Metro employees have contracted the virus and 3 died due to complications from the COVID19 virus. The failure to alert agency employees of the counterfeit PPEs in distribution significantly raised the risk of exposure, illness and subsequent deaths of Metro employees which include drivers who serviced the greater Los Angeles area.

More than six months later, and after the story of the cover-up was released on October 7th, no safety advisory has been issued by the agency to employees. In fact, The Current Report contacted Joni Honor, Communications Director at L.A. Metro, about the counterfeit masks and anticipating the story was going to be released, not realizing the evidence we had in our possession, the communications department sent out an email to L.A. Metro employees the next morning denying the existence of the counterfeit masks.

Multiple news outlets were contacted with the L.A. Metro counterfeit mask information on October 3rd, complete with the fake PPE information, including an incriminating email sent by the Sr. Director of Safety Certifications and Operations, Collins Kalu, yet not one reporter, including  L.A. Times transportation reporter, Laura Nelson, and Deputy Managing Editor, Shelby Grad, responded to the source, nor were they motivated to investigate the counterfeit mask claims and potential criminal liability by Metro executives.

Instead, the media’s political affiliations and propaganda pushing took precedence over holding holding city and county officials accountable for endangering  L.A. Metro employees and the public at large.

While this story has gained traction with federal investigators at multiple agencies, mainstream media was focused on the L.A. County Board of Supervisors on-going negative campaign in co-operation with the Citizens Oversight Commission against Sheriff Alex Villanueva.

The COC, made up of political appointees by the B.O.S. to support their agenda, voted unanimously for Sheriff Villanueva to resign, stating the panel had “lost confidence in Villanueva’s ability to effectively govern the agency.”

The County has gone to great lengths working exclusively with mainstream media, specifically the L.A. Times, to distribute propaganda and falsehoods about Sheriff Villanueva and his efforts to reform LASD since he took office in January 2019. Sheriff Villanueva has made painstaking efforts to release statements correcting the falsehoods distributed by the Board and the media, including an exclusive OP-ED sent to the L.A. Times on October 16th which was rejected by the newspaper. The Current Report is the only news publication to publish the Sheriff’s lengthy update of his accomplishments over the last 22 months.

As the COVID-19 numbers continued to climb, many became frustrated with the lack of transparency coming from the County. Little to no concrete information was being released even though the Board of Supervisors justified spending upwards of $2 million dollars on additional P.R. during the pandemic instead of using existing resources. Acting on a tip, The Current Report submitted a Public Records Act Request requesting communication between Dir. of EOC Kevin McGowan and the Justice Deputies days before Sheriff Villanueva’s removal as the head of EOC.

Additionally, CEO Phil Washington’s knowledge of the counterfeit PPE,  willfully putting employees and the public at large at significant risk of contracting the COVID-19 virus, has purposely remained under the radar with cooperation from mainstream media in an effort to distract attention away from the criminal acts committed by the Board members, members of the Citizen Oversight Committee and LA Metro executives. This is yet another reason why the B.O.S. made the unconventional play to remove Sheriff Villanueva as Head of EOC which would therefore limit oversight from law enforcement. “This is about who can coordinate the best – it’s not correct for this to go under just law enforcement,” said Supervisor Kuehl.

The change in command at the EOC at the hands of the L.A. County Board of Supervisors has allowed a pattern of corruption in the public safety sector not seen before. With COVID-19 cases expected to rise significantly, and a mere two weeks before the national election compounded with the anticipation of a civil uprising, County officials continue to engage in a petty assault on law enforcement while the Board continues in their gross negligence in managing public health.

Meanwhile, a full scale, multi-agency investigation into the cover-up at L.A. Metro is active on a federal level and could result in potential criminal manslaughter charges against L.A. Metro executives if the employee deaths can be traced back to the counterfeit PPE. 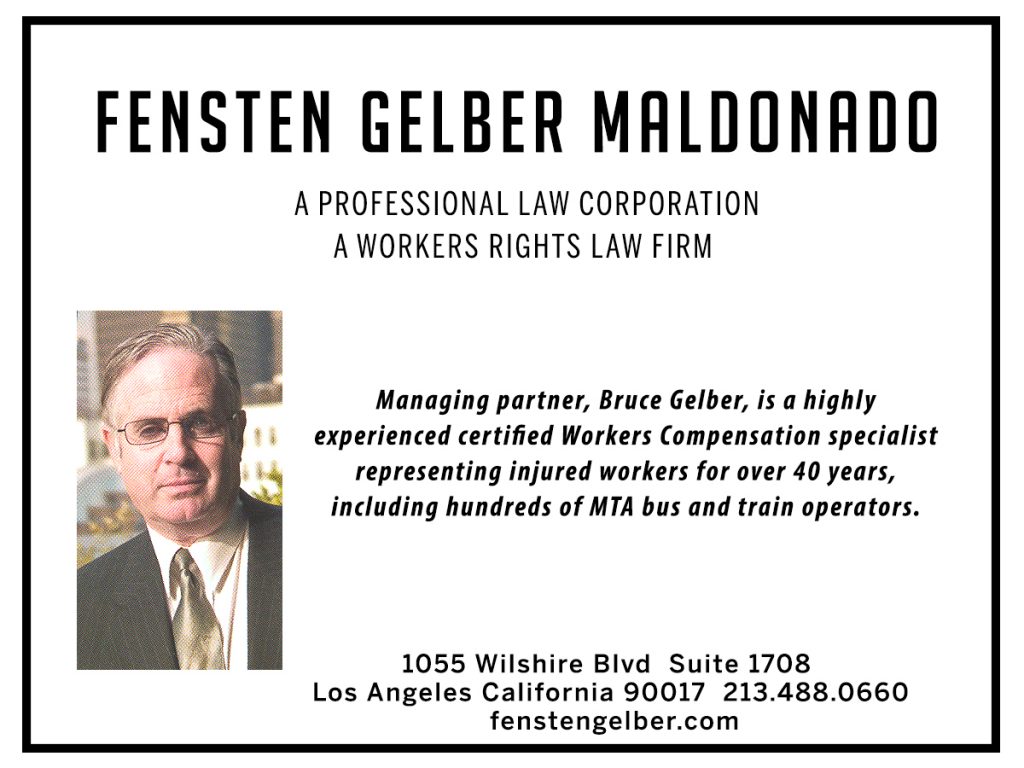