State Parks is re-opening the campground at Malibu Creek State Park in time for Memorial Day weekend, almost a year after the murder of Tristan Beaudette when state officials immediately closed overnight camping to the public.

Is it safe to go back to Malibu Creek State Park?

Insiders are far from convinced it is.

Since the high profile arrest of of Anthony Rauda last year on October 10th, there have been multiple reports of shots fired, including a young woman’s car shot at on Malibu Canyon, in the same area where two other vehicles were hit before the murder of Tristan Beaudette.

In November, the Woolsey Fire ravaged the area quieting things down a little, but once the winter rains and floods ceased, and the vegetation grew back lush, the shooting activity started up again.

In March, a single shot fired was reported near Monte Nido. Multiple residents were startled out of a sound sleep just after 3 a.m., the “witching hour” for the shooter/shooters in the incidents dating back to 2016. 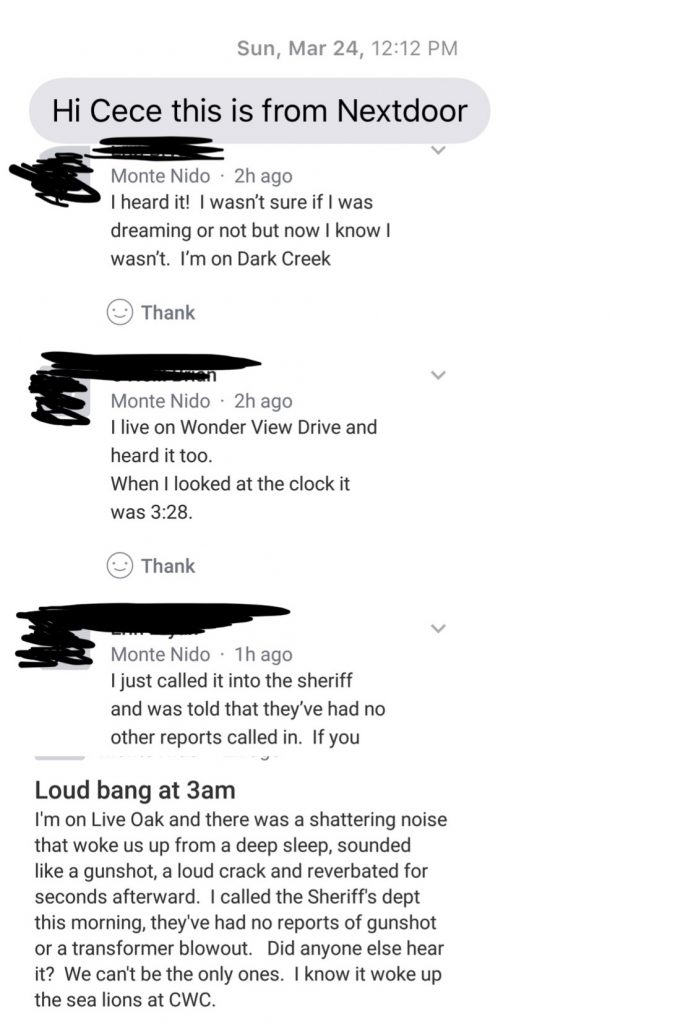 On Monday, April 22nd, 2019, The Local received a message from a resident who heard a single shot fired near Liberty Canyon and Mulholland Hwy, deep in Malibu Creek State Park. The woman, clearly shaken, described the weapon as being a rifle. Having spent time on the range, she could identify the sound of the gun based on the shot having a slight echo (verified by her neighbor as well).

The Local contacted the Lost Hills Sheriff’s Department, who verified the call was routed to State Parks. The rattled resident spoke to State Parks who attempted to convince the caller she was not hearing a gun shot. Now frustrated, she contacted The Local.

Shortly after the incident, we had the opportunity to follow up with an insider at State Parks, of whom was already informed of our knowledge of the activity at the park.

“You know I have to report these incidents right?” I said to the insider.

“I wish you would” the insider said. “So I can show it to my boss.” he continued. “The are rangers are scared and we are in no hurry to see this campground re-opened.”

Upon further investigation, it seems many, especially those employed by State Parks, are not convinced the murder suspect is in custody. Nor are they convinced that Rauda is responsible the two years worth of shootings (if in fact they are the same person).

There is still activity going on after dark, in the campground, to perpetuate the fear among the rangers – and a lot more apparently than what we know about.

The Sheriff’s Department sent out an inner department memo yesterday regarding the opening of the campground. 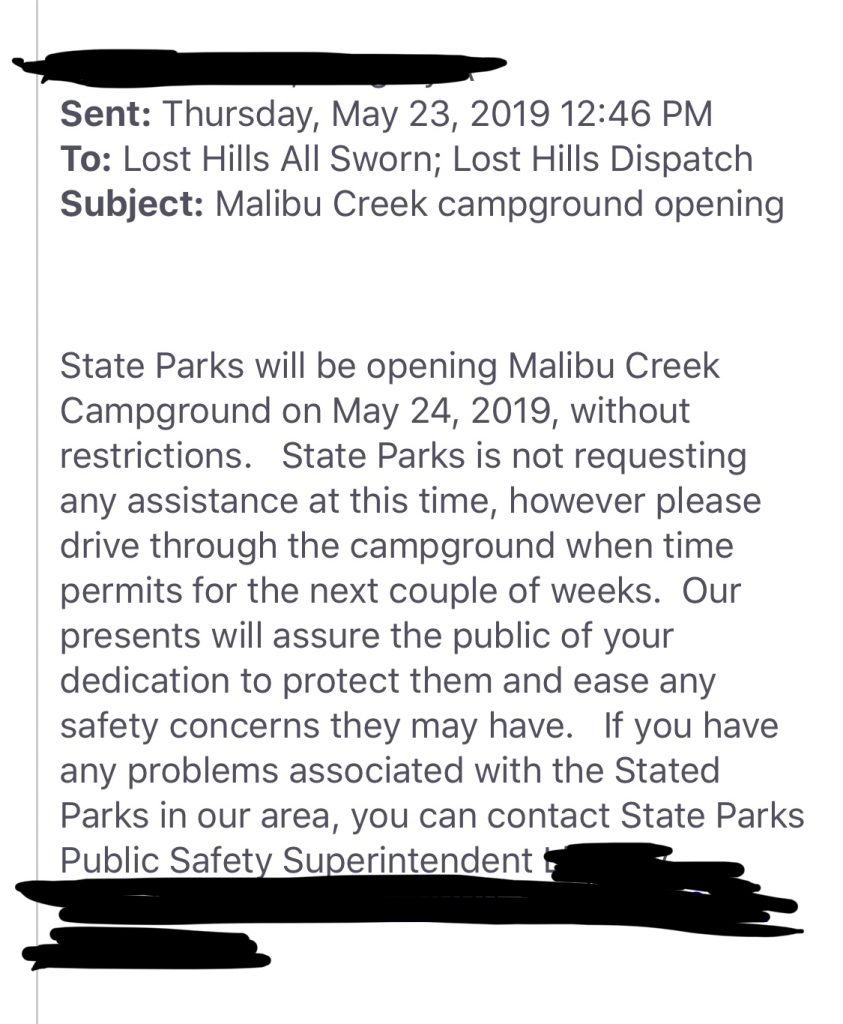 While LASD is doing what they can to increase patrols in the area, how can they protect the public from dangers they can’t see?

Furthermore, why would State Parks take the chance of re-opening the park when they know they could potentially have a repeat of last year’s tragedy?

Do they honestly think “what we don’t know won’t hurt us”?

Well, in this case, unfortunately, it’s just the opposite.

What we don’t know (and can’t see) could actually kill us.

Malibu Public Safety: Mayor of the Largest Contract City with LASD Tells Us the Truth About the Sheriff’s First Year in Office