According to sources inside the White House, shortly after the LA County Sheriff’s Department served warrants at LA Metro headquarters Wednesday morning, members of the Secret Service delivered copies of the warrant to President Biden.

Washington-based sources tell The Current Report, President Biden, after reviewing the documents, immediately ordered an investigation into why the FBI was not involved in the raids.

At approximately 7:27 am Wednesday morning, Sheriff’s deputies gained entry into LA Metro Headquarters to seize documents and evidence associated with the Pay-to-Play and Public Corruption regarding the sole source contracts with Peace Over Violence and CEO Patti Giggans, a close friend of Supervisor Sheila Kuehl, who is also under criminal investigation and named in the warrants.

Local media insisted on pushing Wednesday’s raids as the latest power-play by Sheriff Alex Villanueva and Supervisor Sheila Kuehl, however, the bigger picture surrounding this investigation is far more than a local pissing match between the Sheriff and county officials.

Washington, currently the head of Denver International Airport, was named in the criminal warrants for his part in the fraud waste and abuse associated with a pay-to-play no-bid contract involving Peace Over Violence, Patti Giggins and Supervisor Sheila Kuehl.

Multiple DC agencies and watchdog organizations reached out to The Current Report shortly after Washington’s nomination in July after making startling discoveries online of Washington’s alleged criminal activities including the counterfeit mask cover-up exposed by The Current Report. Our story led to two federal investigations opened within 24 hours publishing.

Washington is currently the subject of multiple local and federal investigations which has put his nomination under scrutiny. Washington’s involvement in the criminal warrants led to the statement released by Senator Robert Wicker, ranking member of the Senate Committee on Commerce, Science, and Transportation, whose office contacted The Current Report shortly before its official release:

“When Mr. Washington was nominated in July, I expressed my skepticism surrounding his lack of experience in aviation. Now I am deeply troubled to learn the nominee was named in a search warrant that ties him to allegations of corruption at LA Metro,” Wicker said. “The committee’s vetting process will require additional scrutiny and review into his leadership at LA Metro. I anticipate that this nominee’s credibility will also be a key focus of the committee.”

Washington, backed into a corner once the news of the warrants hit Washington DC, was confronted at the Air Line Pilots Association conference. “All the allegations are false,”  he said on Thursday.

The Current Report received communication today supporting Washington had knowledge of the Peace Over Violence contract contrary to his statement at the Air Line Pilots Association. 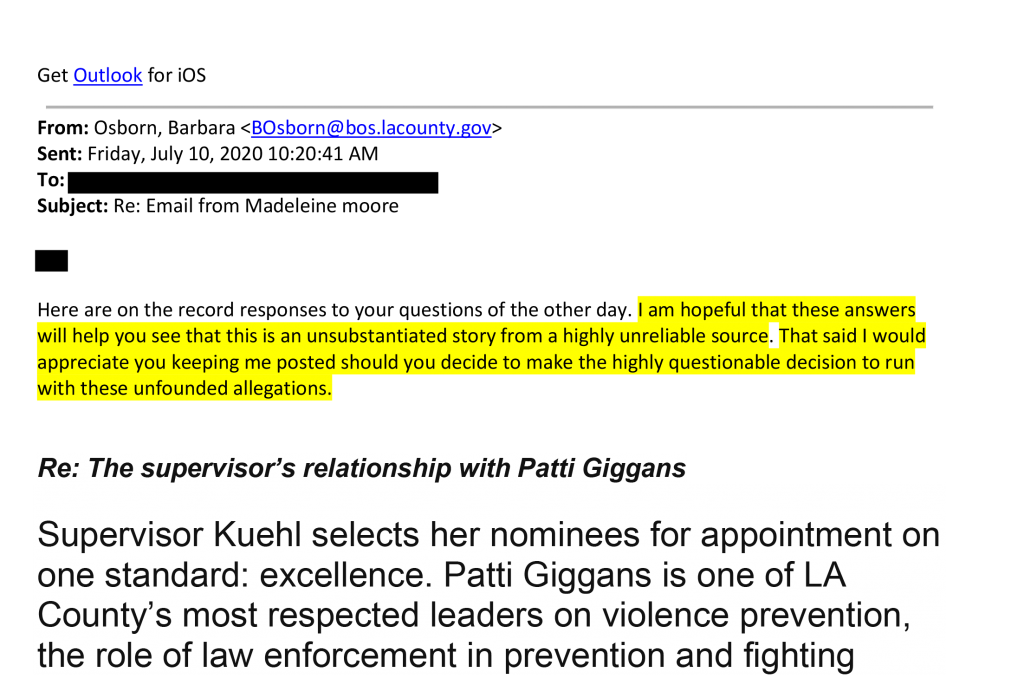 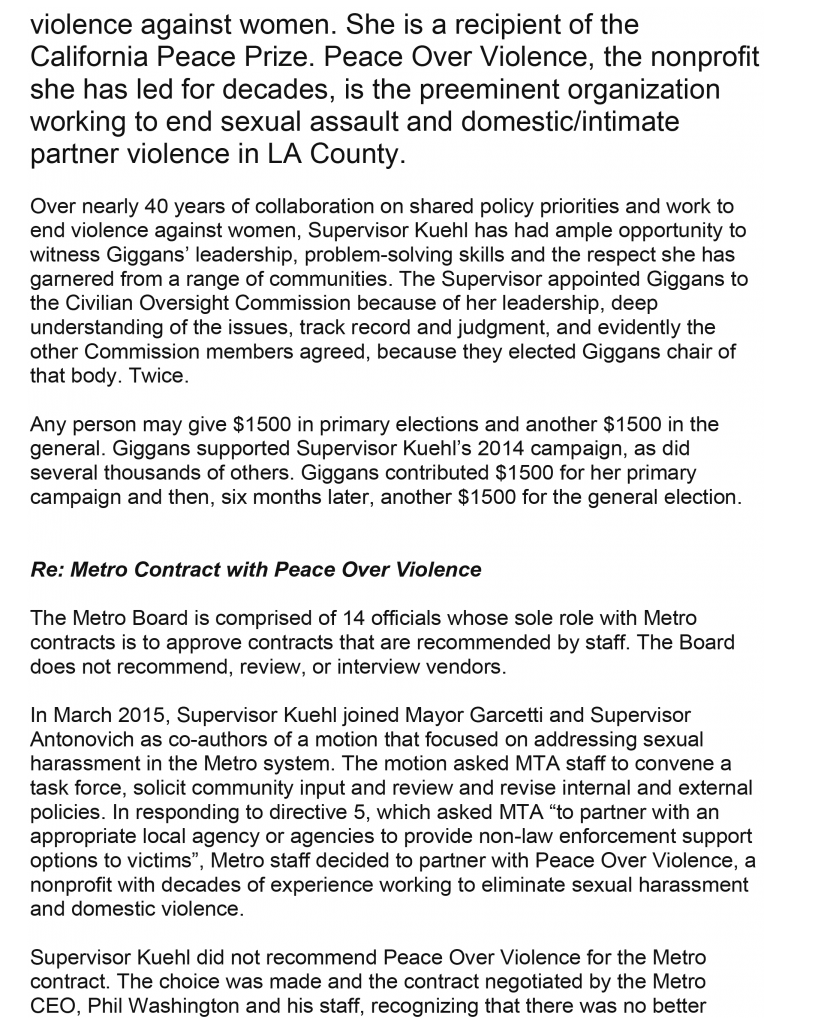 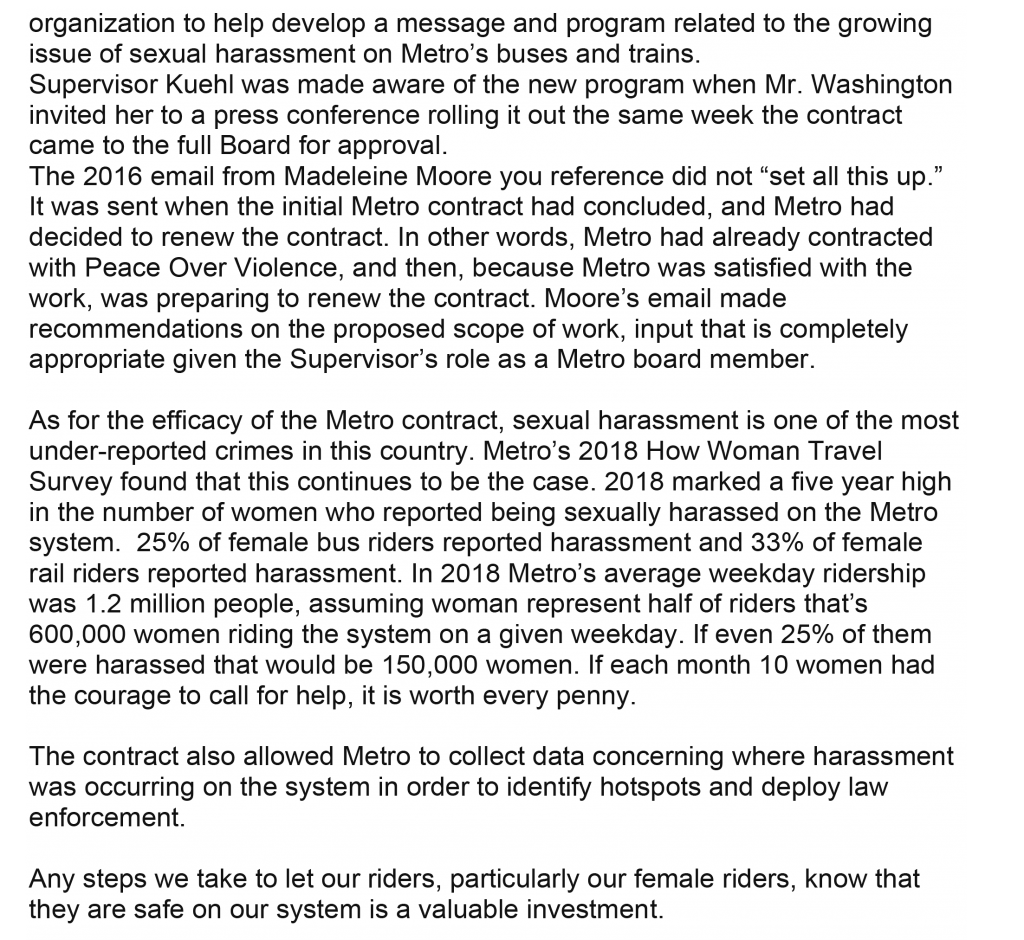 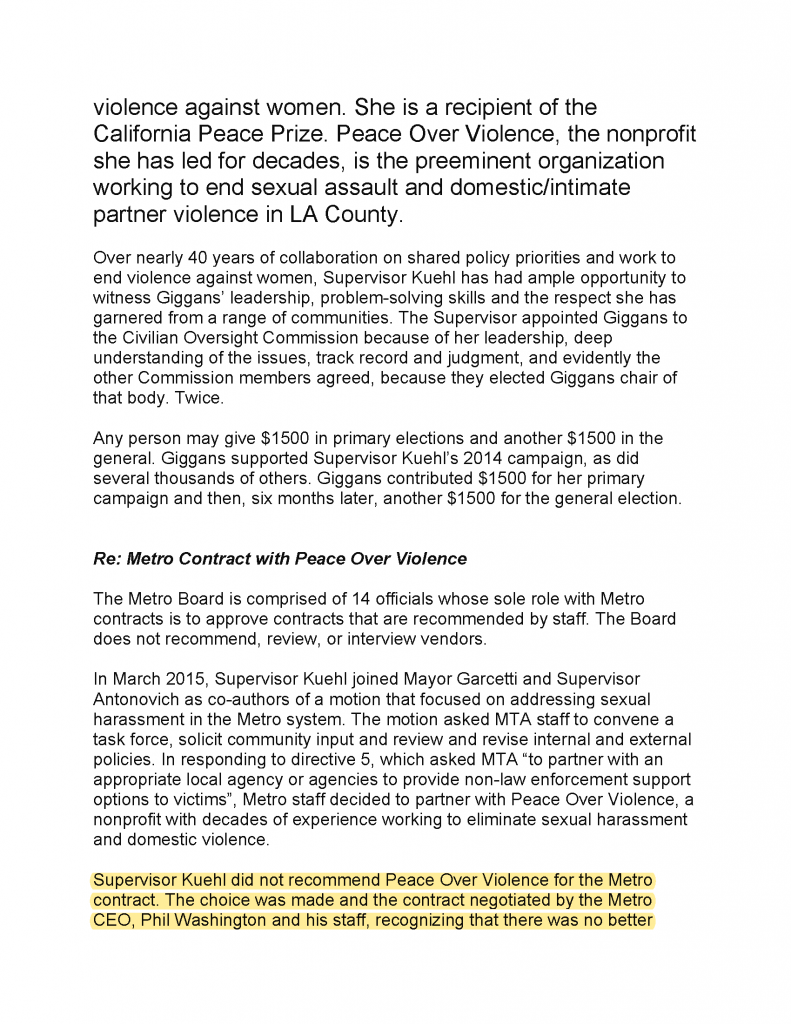 This is a developing news story. Updates will be made as we receive them.