Sheriff Alex Villanueva, who has shown exemplary leadership during the pandemic and the current civil uprising, made another extraordinary move in the name of public safety, promoting three Lieutenants who were in the Acting Captain positions at L.A. County stations. The move was made by Villanueva to bring more stability to their communities during these unprecedented times.

Lieutenants Chuck Becerra, Don Rubio and Chris Johnson were all promoted to the rank of Captain according to Assistant Sheriff Steve Gross who explained due to “the constant state of emergency, Sheriff Villanueva decided to promote them for leadership continuity, rather than leave the critical position of unit commander vacant”. 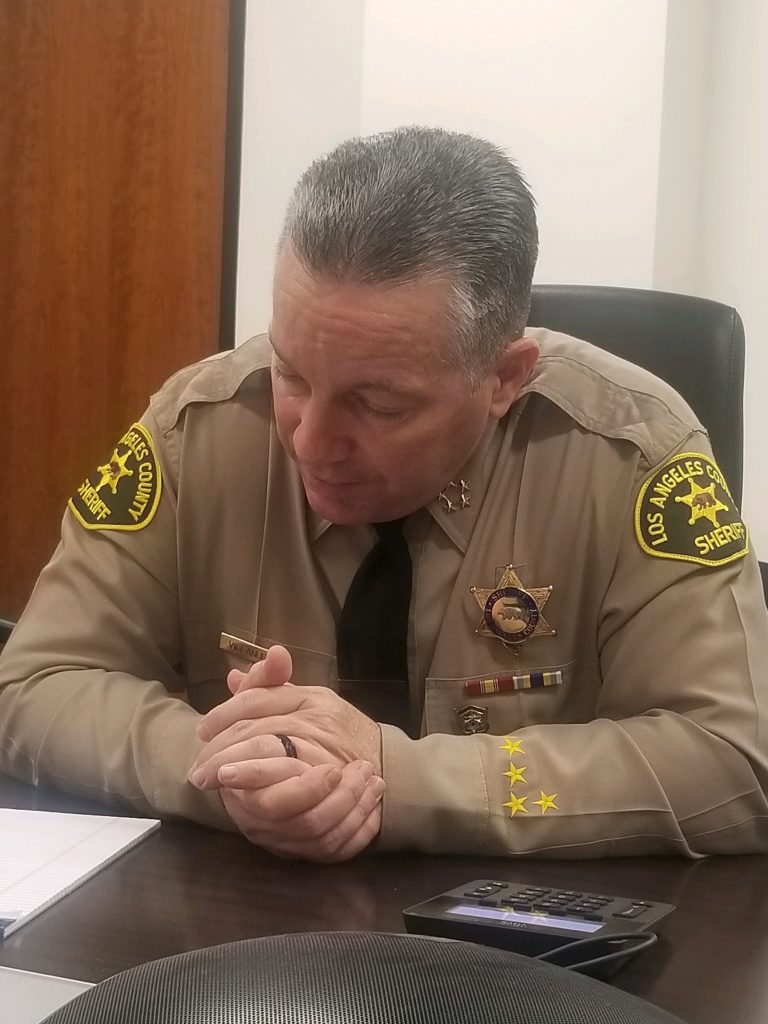 Lost Hills Station Lt. Becerra took over the Acting Captain position in February 2020 after multiple high profile incidents of mismanagement. Under former Captain Matthew Vander Horck, deputies were caught disseminating pictures of the Kobe Bryant crash, as well as mishandling a sexual predator case which made news reports after the station failed to distribute a bulletin warning the community that a predator was on the loose.

Those incidents lead to the demotion and transfer of  Vander Horck, who was selected by City Managers (serviced by the Lost Hills Station) in the captain selection process the Sheriff established with contract cities after he took office. Becerra, who was Acting Captain before Vander Horck was placed in back in the position of Acting Captain at Lost Hills upon Vander Horck’s transfer.

A few short weeks after returning to the Lost Hills Station the first state of emergency, the pandemic hit, followed by the civil uprising which prompted Sheriff Villanueva to establish permanent leadership and stability at multiple stations, suspending the lengthy Captain selection process with contract cities.

“During the twin crisis imposed on the LASD by the pandemic and civil unrest, we need stability in our leadership ranks.Marina Del Rey, Lost Hills, and Community College commands are now better led by the appointments of Captains Johnson, Becerra, and Rubio.The community stands to gain from the outstanding performance of all three captains during these uncertain times.” Sheriff Villanueva told The Current Report Wednesday.

The Marina Del Rey station is currently listed as one of the stations that could potentially close to due the County’s massive $400 million underfunding of LASD. Sheriff Villanueva has had to battle with the Board of Supervisors for adequate funding for the department simultaneously while in the middle of two states of emergency.

Sheriff Villanueva’s strong leadership will be further evident as the newly promoted Captains can now focus on servicing their communities without the threat of transfer and strategize to provide on the highest level of public safety for their areas during these unprecedented times.