EDITOR’S NOTE 9/29/21 9:21 a.m. – Per my sources, Sheriff Villanueva stated “The issue has been dealt with internally”. However, there is no indication of disciplinary action in Sheriff Villanueva’s statement released to address the L.A. Times article, or in the article itself.

“The sole responsibility of the Sheriff’s Department is to investigate allegations of criminal conduct as they are discovered, regardless of how inconvenient it may be to the subject of the investigation,” the statement said. “The unit is supervised by the Undersheriff, and I have recused myself from all decision making to avoid any potential conflict of interest.”

While the Sheriff may have recused himself from the investigations of the Unit, he was absolutely made aware of the intimidation tactics of investigators – specifically in the L.A. Metro warrants case.

Unfortunately, the warnings of extremely shady dealings by investigators in that Unit went unheeded resulting in numerous articles (even Rolling Stone decided to roll with this one) detailing their activities.

Almost four months ago, on May 31st, 2021, I reached out to the Sheriff as a professional courtesy, as I have done on numerous occasions (in spite of recent differences), to make him aware of the explosive content that existed in the hour plus conversation between Lillienfeld and an L.A. Metro whistleblower.

The audio clips I sent to the Sheriff included the following (shocking) statements:

“…don’t be sending any more emails like that to the Sheriff or the Undersheriff. I would just be very careful in your language and your communication…and like I said, I think it’s great that you and the Sheriff are friendly and shit. You just have to be very, very careful… You know he is subservient to his wife, like we all are… and so you have a relationship with her, and you’re friendly with her, and she breaks his balls… and he in turn breaks several people’s balls…”

“I’m telling you quit being a dumb fuck and quit poking the bear… you’re poking the wrong fucking bear dumb fuck, is that clear? I can’t make it any clearer than that.”

“…if there is an iota or inkling that has to do with the fact that your wife is a victim or a witness to a criminal action, that becomes problematic…and you and her and ______ , everyone in your fucking circle of life will be, you know, under defense subpoena. If you don’t think that Patty Giggins or Sheila or any other players are not going to get some pretty good, pretty expensive, $1500 an hour attorneys, that’s a fallacy. They’re going to get those types of attorneys and shit and those people are good. They hire people like me to go through your garbage and talk to______ and talk to ______ roommates… Information is power. You know where I’m going with this… Ok, you’re going to go hide shit from ______ now aren’t you?”

Here is the entire one hour plus conversation:

Unfortunately, it seems the importance of the contents of the audio and its long term affect on the Department fell on deaf ears with the Sheriff (but you can’t blame a girl for trying), assuming because he handpicked Lillienfeld to be a part of the Unit stating he was “important to his future” – against the advice of former Undersheriff Bob Olmstead and former Chief Dempsey (according to the L.A. Times article).

One possible reason could be my previous articles exposing the highly questionable past of Sheriff candidate Eli Vera (which includes RICO violations, threats and intimidation) and Vera’s potentially close relationship with Undersheriff Murakami (of which has been no secret around HQ). 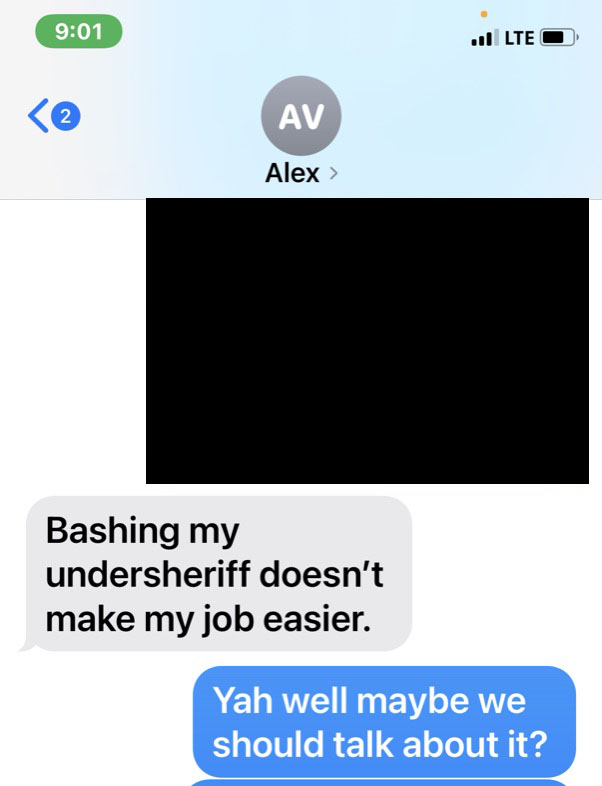 In addition to the explosive audio, the L.A. Metro whistleblower also copied me on numerous email exchanges detailing the threats and intimidation he and his family were experiencing from numerous investigators involved with the Unit, all of which I forwarded to Sheriff Villanueva (again, as a professional courtesy) in an attempt to allow him the opportunity to look into the allegations and potentially correct the behavior of his officers. 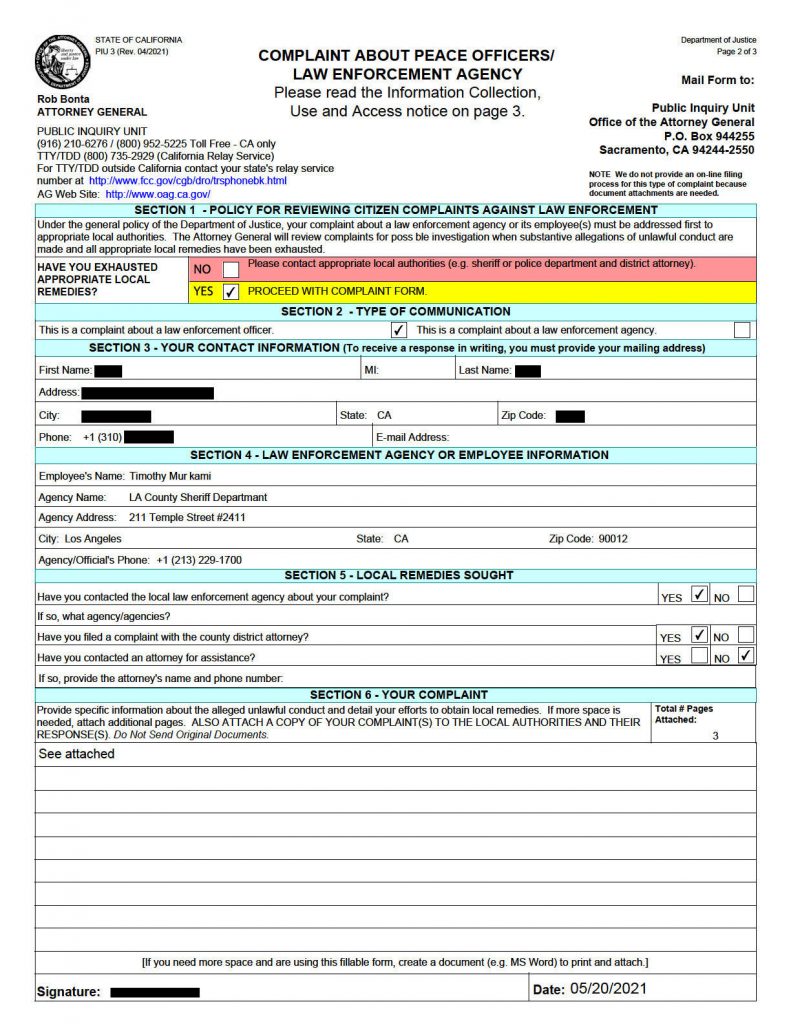 Over the last four months, I let issue rest (all the while sitting on this explosive information, planning to write about the aftermath) having faith the  investigation into the allegations were going through their normal, if not expedited, course of action (based on the severity of threats), emails and formal complaints filed as a result of the investigators and the Undersheriff’s actions.

It wasn’t until the barrage of articles that surfaced last week on the internet that it appeared the investigations went nowhere and the Sheriff has veered (way) off course from his “Reform, Rebuild, Restore” platform that secured his future as the first candidate to unseat the incumbent in the 150 year plus history of the Department.

But then again, it is election season and those campaign promises were so… well… 2018.