The recent lawsuit filed by the City of Compton regarding fraudulent billing by the Los Angeles County Sheriff’s Department which spans over the past two decades and recent law enforcement defunding by the LA County Board of Supervisors, has magnified severe deficiencies in patrol coverage in unincorporated areas of LA County.

The BOS defunding which began in 2020 was two-fold; a result of the contentious relationship between the Board and Sheriff Alex Villanueva which ensued immediately upon him taking office in December, 2018, and as a response to the George Floyd Use of Force incident leading to George Floyd’s death that sparked a global civil uprising.

According county statistics, surrounding contract cities pay LASD to provide policing coverage averaging between 3-3.5 deputies per 1000 people, at the present time, coverage in unincorporated L.A. County, funded solely and approved by the Board of Supervisors is at an all time low 0.9 deputies per 1000 people, even though residents in this area are subject to the same tax rate as contract cities.

Sources tell us, at the direction of Sheriff Villanueva, LASD is using paid for personnel from contract cities to only handle calls for service in unincorporated areas leaving contract cities at times, unattended. Currently, no monies from the county are allocated for meaningful patrol coverage.

Experts will argue the Sheriff could reallocate funds from his current budget to cover the unincorporated areas, however, is using that funding to address homeless issues in areas not patrolled by LASD (and who have the resources to address the issue but have not) a move that has increased the Sheriff’s popularity on the campaign trail and significantly boosted his campaign coffers as well (at the expense of LA County taxpayers living in unincorporated areas). 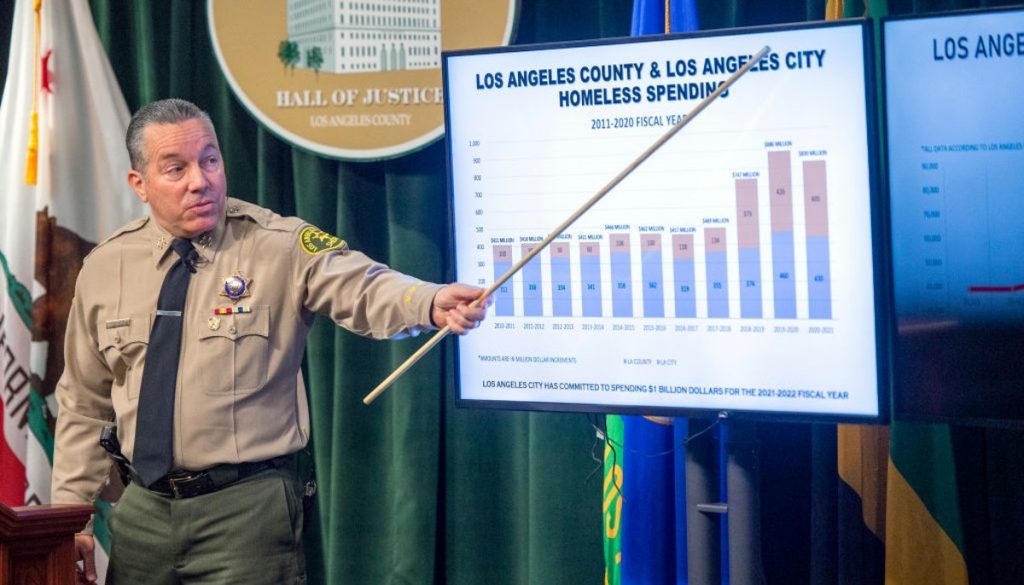 The services, if correctly funded, would mitigate many violent crime issues making deputies available for life saving calls and critical last minute evacuations during natural disasters which are occurring more and more frequently as a result of California drought conditions and can lead to emergent situations at a moment’s notice.

According to sources, the correct amount of policing required to cover unincorporated LA County, comparable to the level contract cities provide, would be approximately 3500 deputies to 1.1 million people for a cost of 750 million – 1 billion. 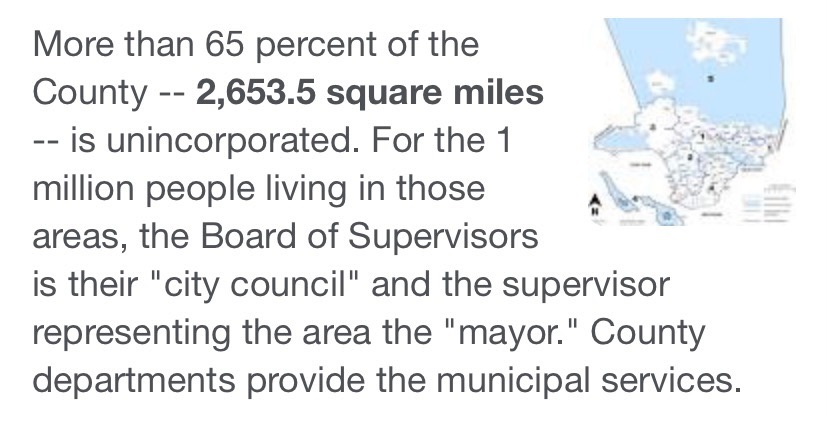 At the beginning of the pandemic, in a very public power move, the BOS stripped Sheriff Villanueva of his emergency response duties as a result of their contentious relationship. This created a hostile environment caused by both parties seeking dominant power instead of working in unity to allow the Sheriff to continue to head the EOC and collaborate with remaining 140 members whose overall duties is to provide rapid response in disasters.

The Sheriff has traditionally held the position as the head of the EOC with the specific task to unite agencies to provide rapid deployment of emergency services during disasters, for more than 178 years of the Sheriff’s Department’s existence.

During the pandemic, with the closure of businesses and entertainment venues, L.A. County residents descended upon hiking trails and beaches within unincorporated L.A. County, in droves, bringing with it a high demand for services. Additionally, the COVID lockdown and social media presence of the only areas the masses could enjoy during the pandemic, increased the demand for services to levels never seen before. A source in the department likened crowd control with their limited resources to “herding cats”.

Currently the Sheriff and his top executives are still in their duties while being criminally investigated for a Use of Force by a deputy against an inmate, eerily similar to the George Floyd incident that sparked a global civil uprising and supported the defunding of law enforcement.

The incident was hidden from the public for almost a year until a whistleblower within the department leaked the video and an internal force incident report to the L.A. Times. 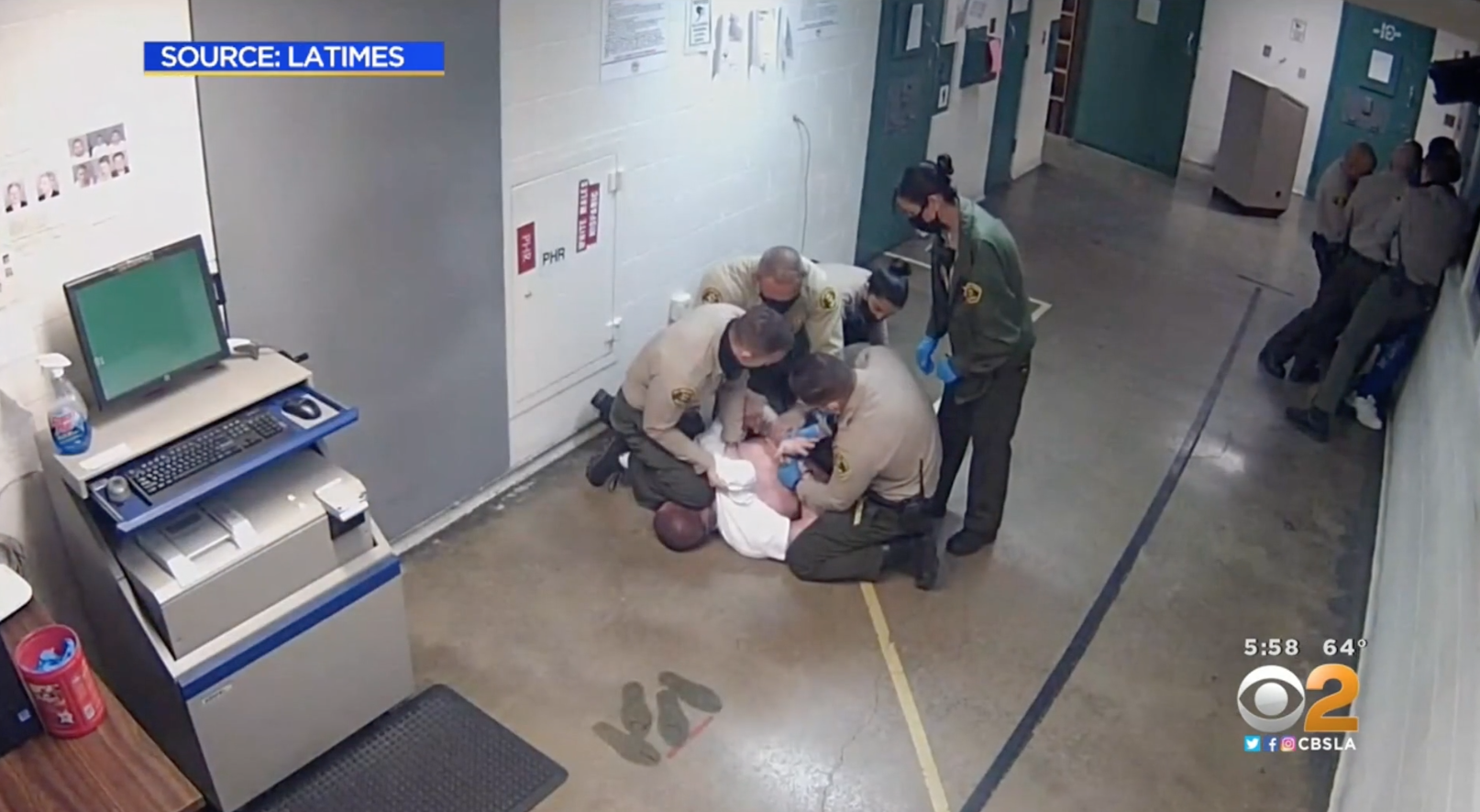 Although there are strict laws in place to protect whistleblowers, the Sheriff has ignored the legislation launching his own criminal investigation to identify the internal whistleblower and prosecute them as retaliation for exposing the cover-up and potential obstruction of justice.

Because of the Sheriff’s announcement of his intentions to criminally prosecute the person or persons responsible for for releasing the video and cover-up by top execs, according to sources, deputies who serve our communities are fearing and/or experiencing retaliation and retribution for exposing corruption with the department. This makes for an extremely toxic and hostile work environment and directly affects the deputies ability to handle crisis situations throughout the county.

Where are we now? Sheriff Villanueva continues to be at war people who control approximately $40 billion of county money. When you are the head of the largest Sheriff’s Department in the country tasked with serving and protecting millions of residents and a severe shortage in patrols, that war becomes personal to the citizens of LA County, specifically unincorporated areas, whose personal safety is at a significantly higher risk because of it.