A former Deutsche Bank executive Tom Bowers, 55, known to have been one of many executives at the bank who signed off on controversial loans to Donald Trump, committed suicide in Malibu on November 19th. Bowers was leasing a property on Point Dume at the time of his death. Sources confirm he was found hanging on a terrace on the property by one of his adult children at approximately 6:30 am.

The Lost Hills Sheriff’s Department confirmed his death is being investigated as a suicide.

Bowers who has three children, was widowed in 2017, and reportedly became engaged this summer to a longtime Malibu local he had known since childhood. According to our sources, the two broke up shortly before Bowers committed suicide.

It is also reported that Bowers was having serious personal financial issues at the time of his death. 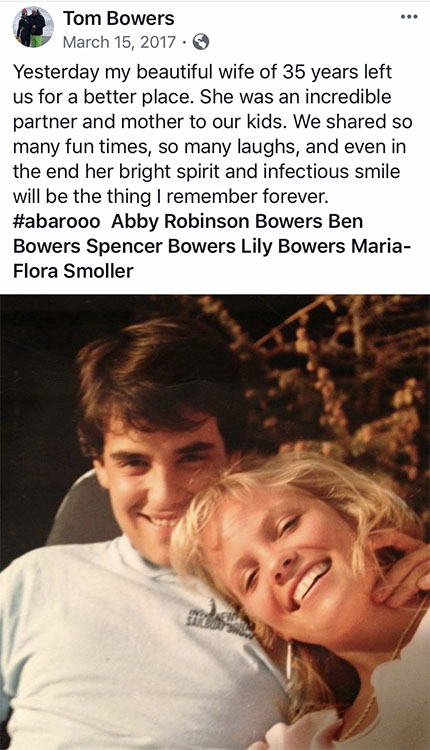 Trump’s relationship with Deutsche Bank has come under investigation by two Congressional committees and the New York Attorney General and although Bowers hasn’t been employed by Deutsche since at least 2015, according to one report, federal investigators have asked about Bowers and documents he might have. Another source who has knowledge of Deutsche Bank’s internal structure said that Bowers would have been the gatekeeper for financial documents for the bank’s wealthiest customers.

Bowers is the second Deutsche Bank executive to commit suicide.