Back in May, I wrote an article for the The Local titled, “I Hope I am Wrong,” expressing grave reservations about the process of selecting Management Partners, and then the decision to hire them, as well.  (It was a follow up to my original article “Woolsey: A Story of What Did and Didn’t Happen”).

Well, I was right.  It is a debacle, whitewash, embarrassment and disservice to the community.

It’s filled with outright falsehoods, and more insidiously, it concludes with a mind-boggling 50+ suggestions for “improvement,” which are all, essentially, preventable failures of preparation and execution by the city and its management.  While Management Partners, as I feared, tried to cloak the shortcomings in “government speak”, the framing of this document should have been how the city failed its citizens.

And I say this acknowledging, as the report is quick to point out, the city of Malibu is not a firefighting or policing organization.  But that is not a justification for the egregious shortcomings in both the City’s preparation and actual performance.

I can say this.  The City got what it paid for, if not what the citizens expected or deserved.

Due to manipulation and CYA machinations by the council, most notably Rick Mullen and Skylar Peak, Management Partners (MP), who came into this highly-conflicted as previously reported, was specifically charged as NOT to do an investigation, but a very specifically a “review.” AND  I was personally told by a representative of  MP told they only were planning on making suggestions to do things better, not assign any personal responsibility for any individual’s shortcoming.  There was not to be, by design from the City Council, and then by MP, not to be any accountability or criticism of any specific individual.  I was told by MP, “We are analyzing the performance of the city” – as if it wasn’t made up of humans  – “not of any specific individuals.”

The report states that the City takes fire preparation, “quite seriously.”  And it says that in their analysis, the City needs to “improve performance and effectiveness.”  To draw a perhaps effective analysis, imagine if the same came from your doctor – he takes his preparation “seriously” but also needs to improve his “performance.” Would you go back?

First, taking something “seriously” speaks not to competence.  It’s how MP likes to frame things rather than calling them for what they are in their report: shortcoming, failings and botched execution.

This is how the entire report is constructed  – a mild chide, no responsibility assigned for the blatant gap of competency, followed by a cheery recommendation of what actually should be done.

It is as if, for the most part, the city is a monolithic, computerized, un-human entity where failings are somehow intrinsically systemic, with no actual person responsible for anything.

In other words, thanks to the gutless charge that MP was given by the City Council, the whitewash we received was inevitable.

Moreover, a giant failure of the report is their stated, self-imposed guardrail to their inquiry of not analyzing the actions or performance of the LA Fire Department. One would think the actions of a fire deparment in a fire would be germaine. But no, thanks to our City Council, and perhaps at the behest or guidance of city officials. As MP writes in their report, “Many in the community want to understand why firefighting personnel were not able to actively fight structure fires during the event despite fire resources being in the area.” Uh, yeah.  But, “MP was not engaged to evaluate the response or tactics used by the LA County Fire Department, which serves Malibu.” 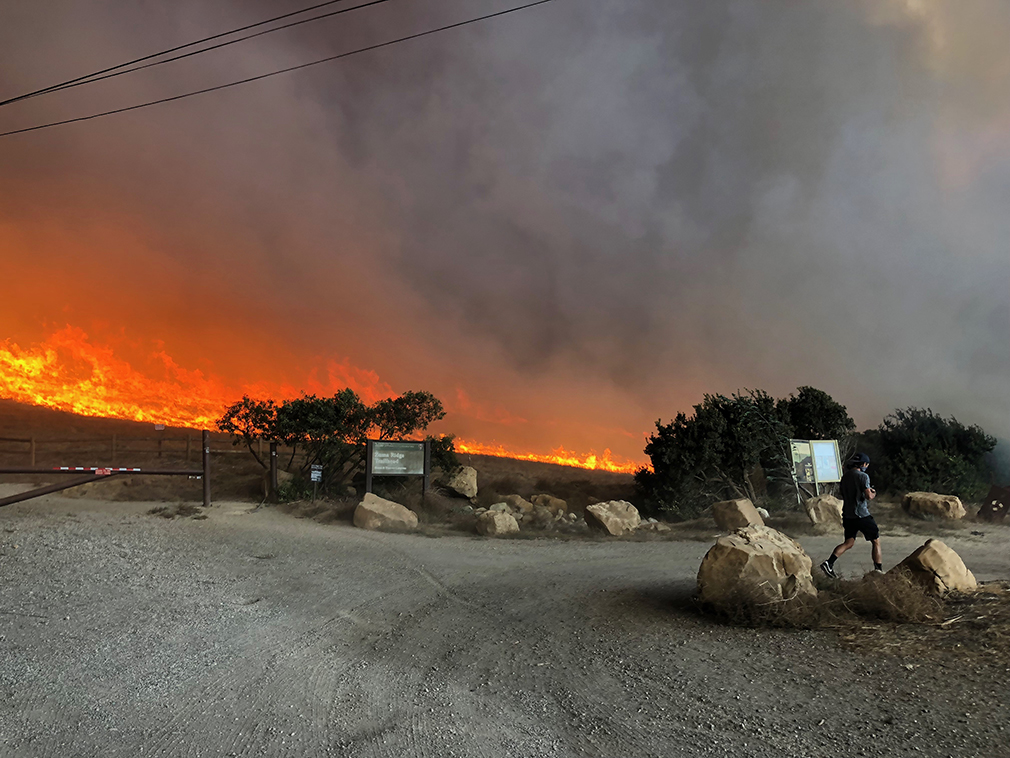 In other words, the essential question faced people looking at burned out lots with all those ramifications, they may have looked to our city, the spending of $50,000 to do a “report” to fnd out why did your home burn down with firefighters hanging around? Heh, not our problem!

As we know, there were other substantial issues around the fire and its aftermath, including “decision making” and “evacuation and repopulation of Malibu’s neighborhoods.” Clearly things the citizens wanted to understand?  That’s there, right?  Nope. “We are unable to evaluate other public safety or first responder agencies who were in the lead and carried out evacuation and repopulation.”

So in other words, our city council gave the company doing the “review” guard rails that kept them from understanding why houses burned while fire trucks idled, why the police shut down Malibu like a diseased quarantined area, and why the repopulation effort was a fiasco.  Heh, might have been your problem, but not our problem, as far as your city council, and the professionals at city hall, are concerned.

Complete exoneration wasn’t possible however, regardless of how the City Council kept the report within strict parameters.

MP writes, for example, there was “(The) lack of pre-planned, mutually-agreed upon coordinated evacuation plan (across all first responders and the City), and agreed upon repopulation efforts…(which) resulted in…. considerable dissatisfaction by the community.”

But at the heart of what is missing is simply this:  who is responsible?  Who didn’t have an evacuation plan in place?  Who, specifically and personally, failed and should be held accountable? Does the proverbial buck stop at the City Manager’s desk?  Well, see MP didn’t have to worry about that – by policy, they don’t name names of people who fell woefully, and professionally, short in their duties. See, they were charged with doing a “review”, not an “investigation.”  They never set out to name names because the City wanted it that way.

Still, despite the safeguards inherently built into this effort, the egregious failings were just too numerous, systemic and important – even for MP to avoid, and they laid out 53 specific recommendations. 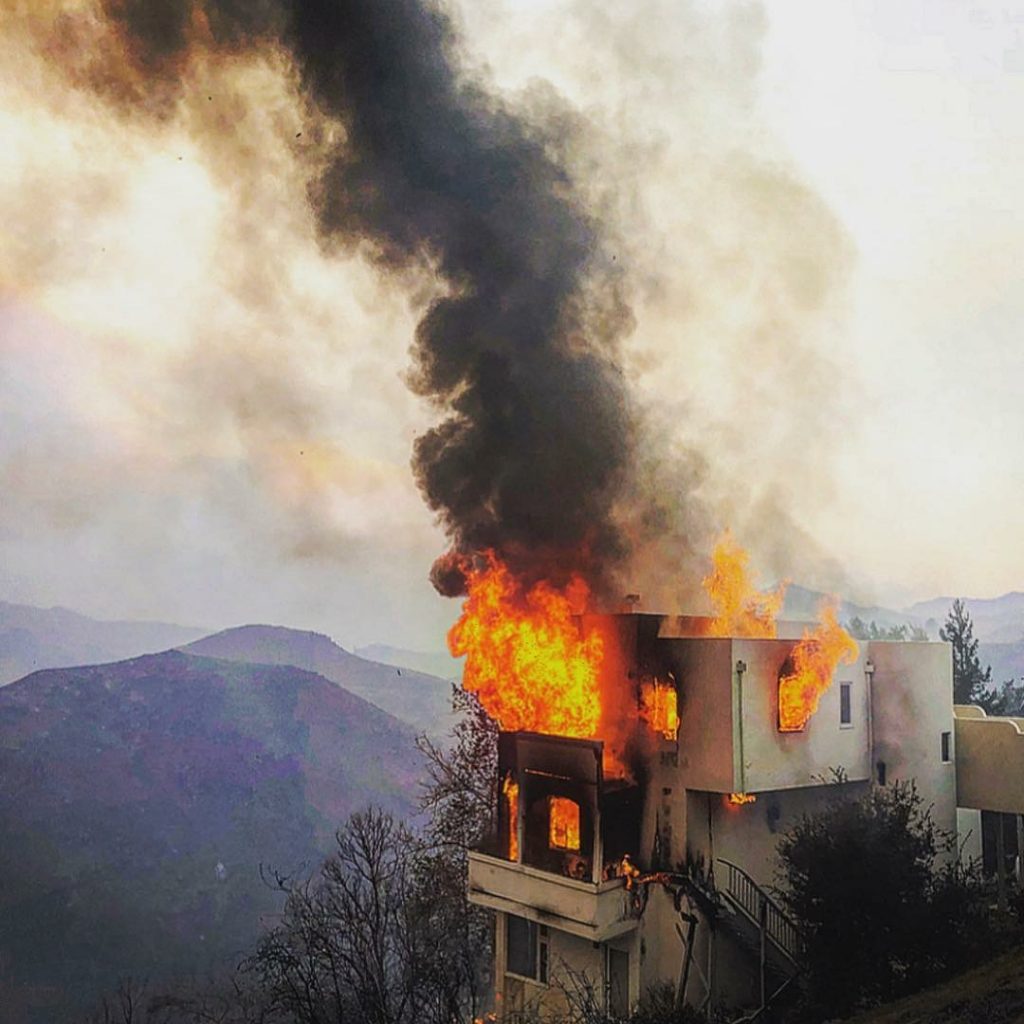 The obvious, however, is not stated:  essentially all of them could have been, and should have been, anticipated and addressed before the fire.  (Whether they are being so now is another question entirely – important no doubt, but subject to future scrutiny.)

So the first round (of many!) recommendations MP makes – which should all really serve as indictments for not being in place prior, given that fire is by no means a stranger to Malibu, the size and scope of Woolsey, which a factor, is certainly not outside of something that should have been considered.  What are some of these groundbreaking assessments?

Well, they proposed things like the City needs to be able to communicate better with outside agencies and first responders.  Really.

And in one of the few pointed notes, they write about better time management by the City Manager, and how she was so busy with elected officials she needs to better use her time for “response issues and organizational management.”  One might also call this being a “chicken with her head cut off” or “overwhelmed” or “incapable of dealing with the crisis,” but those are not the words MP chose.

The report goes on to make a slew of other recommendations about planning and preparation – implicitly acknowledging none of these things were done prior and should have been. AND no one is held accountable by name or department for not having done so.

I could go on and on and on. It talks about how CERT kits (the city-managed, but volunteer run existing emergency responding group of Malibu, “contained food that was expired and much of the supplies not useful in a wildfire event.”  Well, who thought of that?  Did MP find out who was responsible at City Hall?  Nope.

But MP does almost comically suggest, “more tools and support could have improved their effectiveness.”  Oh really, an entirely useless emergency system for a community in a known fire zone could have been prepared?  Who is responsible for this not happening?  No one is named.

There is, however, some comedy in the report.

Like “City staff left behind critical information and equipment when the EOC was forced to relocate.” You know, hard to manage and carry, or anticipate the need for, things like “laptops” or “personal contact information.”  So they couldn’t get online and couldn’t communicate with each other, you know, do their jobs.  (Of course, no mention of the fact it would have been easy and safe for someone to run up to city hall and grab the stuff.)

But one thing the report somehow (I guess not surpassingly)  gets entirely wrong – and should chap the butts of everyone — is this sentence about our city manager:  “(She) remained in Malibu on a daily basis, resolving a number of issues that arose during the event as well as” now get this! “orchestrating the delivery of supplies to Zuma for those who did not evacuate.”

See, I interviewed Reva shortly after the fire.  And that description is an attempt to post-event rewriting of history.  Or to put it more colloquially, utter bullshit. By her own account to me in my post-event reporting,  she stated on the Saturday of fire weekend, she and the city delivered some supplies to animals and people at Zuma, her own words to me in no uncertain terms was her responsibility was entirely focused on the repopulation, and “anyone who choose to stay behind should have been prepared, they are not the responsibility of the city.”

Now, I was here for most of the post-fire lockdown, and like other people I’ve asked, not a single person ever saw Reva.   She was never at the Pt. Dume relief center where all supplies were distributed from, and for damn sure she wasn’t at Paradise Cove or Zumirez beach helping to ferry in supplies.

By her own account, doing anything for the people behind the draconian blockade were not her problem. “Look, there are 12,000 people in the city of Malibu,” she said in our interview, “and helping the one thousand or so who stayed beyond and spending City resources on them would not be fair to those people who left.”

Now Mikke Pierson, who along with Karen Farrer picked Management Partners, and both were fine with the idea of a “review” and not investigation, says he saw Reva up in Malibu a couple of times.  Well, I believe him I guess, but to say she in any way whatsoever “orchestrated the delivery of supplies” as the report stated, apparently from her account is pretty much like saying when I hum along to some classical music I’m orchestrating the LA Philharmonic.

In summary, the reports has 53 very specific, mostly very good, virtually doable recommendations. But as I feared, and by design, no one’s feet are held to the fire for e 53 shortcomings. 53 items which could have been, and should have, been anticipated.  53 things which the person in charge, that the City Manager, as she’s where the buck stops, should be held fully and entirely accountable for.

I hoped I was wrong, but I was right.  The city got what it wanted.  The citizens did not. Time for change.