Today marks three months since the Woolsey Fire ravaged through the western part of Malibu. Our community spent the last days of 2018 dealing with the the painful revelations of personal and property loss, not to mention the lengthy and confusing process of debris clearing. For some, a lifetime worth of memories reduced to ash.

In 2019, we are making strides toward the recovery and rebuild process and now is a good time to focus attention on legal options.

The Local reached out to Fire Litigation Specialists Robins Cloud LLP to evaluate key issues those affected by the Woolsey Fire should be aware of.

The Woolsey Fire began at approximately 2:24 pm on November 8, 2018 on the property of the Santa Susana Lab near E Street and Alfa Road in Simi Valley. Shortly afterwards, Southern California Edisonissued an alert to the California Public Utilities Commission that its equipment identified a disturbance on its circuit near the origin of the Woolsey Fire just two minutes before the fire began. 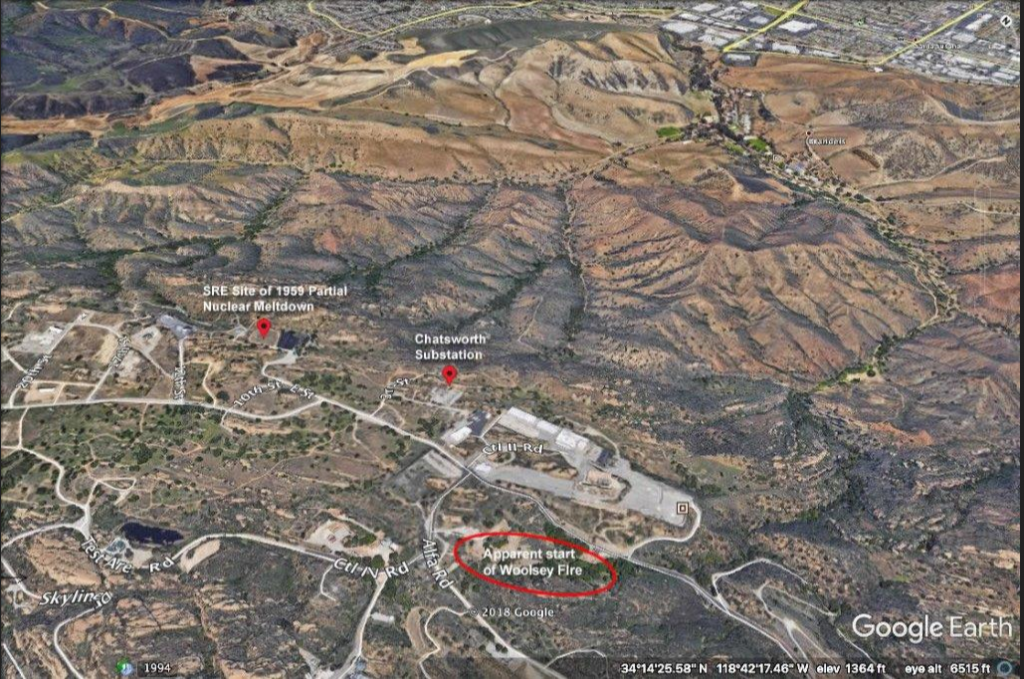 The Woolsey Fire took the lives of at least 3 people and injured many others, burned almost 100,000 acres, destroyed over 2000 structures, and displaced thousands of people and businesses. 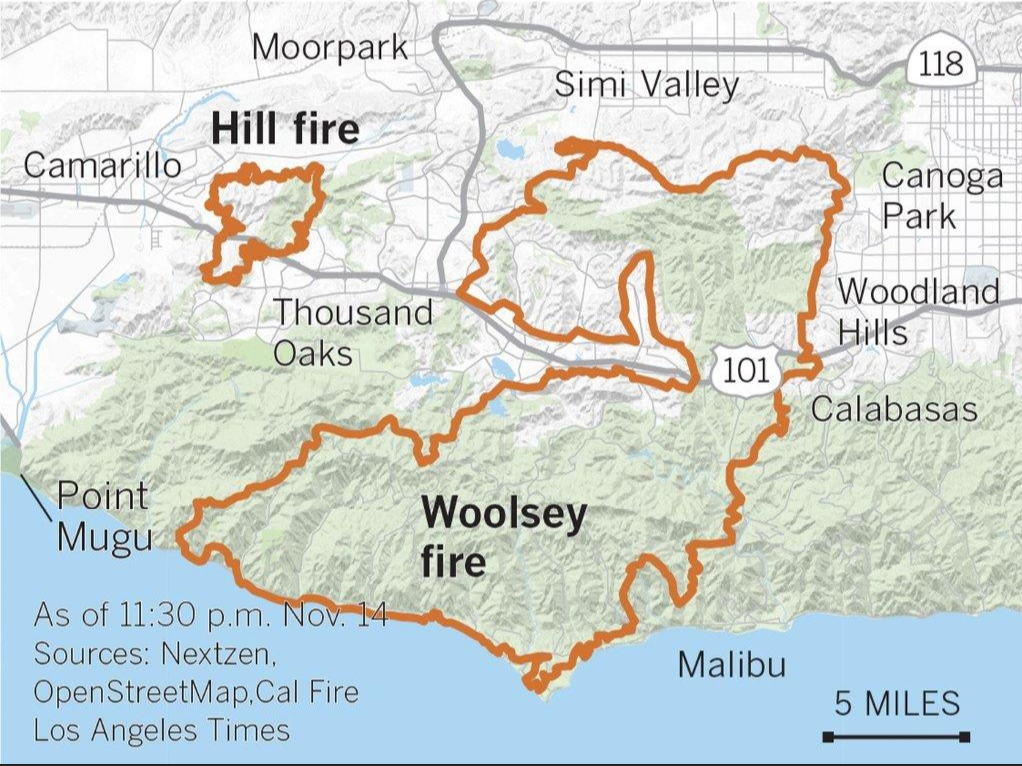 Although people and businesses affected by a fire may have insurance available to cover some of the property or business losses suffered, in most instances, there is not sufficient insurance coverage available to cover all losses and damages.  When this occurs, those affected may pursue legal claims against a party responsible for causing a fire that damages, destroys, or otherwise impairs a person’s property or business. In addition, most types of personal injury damages are typically not covered by insurance and as result, in order to receive full compensation for personal injuries, it is necessary to pursue a claim against the responsible party.  Similarly, those affected who are without insurance to cover property or business losses may pursue legal claims for their losses and damages.

When evidence shows that a utility company, such as Southern California Edison, is likely to have caused or contributed to cause a fire, legal claims that may be pursued against the utility company include: (1) inverse condemnation, (2) negligence, (3) private and public nuisance, (4) trespass, (5) private action under public utilities code § 2106, (6) violation of Health & Safety Code § 13007, and (7) negligent infliction of emotional distress. These legal claims permit monetary recovery for damages and losses suffered including:

Boeing owns the Santa Susana Lab. Its potential involvement in causing the Woolsey fire is also being investigated.

When numerous individuals and businesses pursue similar legal claims, the California Rules of Court consider the actions “complex” (actions that require exceptional judicial management to avoid placing unnecessary burdens on the court or the litigants). Coordinating the numerous actions so that one judge can manage them for all purposes is advantageous where doing so will speed up the prosecution of the actions by streamlining the discovery process, avoiding duplicative and conflicting court decisions involving the same issues, and fostering a process that increases the likelihood of settlement.

Once the Judicial Council receives the order granting a petition for coordination, the Chair of the Judicial Council assigns a coordination trial judge or authorizes the presiding judge of a court to assign a judge. In the order granting a petition for coordination, the motion judge recommends a particular superior court as the site of the coordination proceedings.  The selection of the location of the trial judge is based on, among other things, the geographical convenience of parties, witnesses, and counsel, and the administrative capacity of the Court to handle the case. Oral argument for the petition to consolidate the Woolsey Fire cases was heard by Judge Freeman on February 5, 2019. Judge Freeman issued a tentative ruling in favor of consolidation in the Los Angeles Superior Court, but took the matter under submission to weigh the arguments raised during the hearing.

Given the location of the Woolsey Fire, the number of expected claimants, and the fact that Southern California Edison’s home office is located in Los Angeles, the Woolsey Fire cases will most likely be assigned to a complex court in Los Angeles.  It typically takes approximately three weeks after coordination is granted for a trial judge to be assigned.

Once a trial judge is assigned, the judge sets an initial case management conference to, among other things,: (1) appoint the Plaintiffs’ leadership structure (the court appoints a team of attorneys based on their experience, track records and other factors) to oversee and manage the collective plaintiffs’ liability case, (2) address the filing and adoption of master pleadings to govern the coordinated litigation, (3) determine the phasing and coordination of liability and damages discovery, and (4) managing the cases toward trial settings.

Although an affected claimant typically has three (3) years within which to file a lawsuit for property damage and two (2) years to file a lawsuit for wrongful death, personal injuries or emotional distress suffered as a result of a fire, it is important to retain an attorney much earlier than the expiration of the applicable statutes of limitations.  In most mass tort litigations, the cases that are prepared first are also the first cases to be involved in discovery, and frequently are also the first cases to be resolved by trial or settlement. It is also critically important that relevant evidence is identified and preserved, and retaining an attorney with the proper team in place can help assure this is accomplished before evidence is altered or destroyed or memories fade. Retaining an attorney early can also help the affected person or business navigate through difficult issues that may arise with insurance claims, debris removal issues, FEMA or SBA applications, and a myriad of other issues that may arise. Most attorneys handling these types of claims work on a contingency fee basis, so the claimant is not required to incur out of pocket expenses in order to pursue the claims unless and until there is successful recovery.

When selecting a law firm, it is advisable to choose a law firm that has experience in handling complex fire cases, has served in leadership in coordinated proceedings, and has the ability to develop and take the case to trial if necessary.  Whenever there is a mass disaster affecting many people and businesses, there is frequently a large number of law firms who advertise for these kinds of cases, but many of these law firms do not have prior experience or the resources available to pursue these types of claims.  The Defendants in these kinds of cases frequently have tremendous wealth, and, given the billions of dollars at stake, the litigation will be vigorously defended.  It is, therefore, critically important to make sure that the law firm that is retained has the experience and capacity to engage in what most likely will be a protracted and costly battle before justice is achieved.